The practice of acupuncture to treat identifiable pathophysiological (disease) 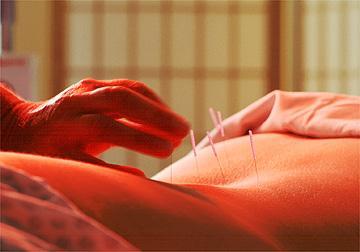 conditions in American medicine was rare until the visit of President Richard M. Nixon to China in 1972. Since that time, there has been an explosion of interest in the United States and Europe in the application of the technique of acupuncture to Western medicine.

Acupuncture is a family of procedures involving stimulation of anatomical locations on or in the skin by a variety of techniques. There are a variety of approaches to diagnosis and treatment in American acupuncture that incorporate medical traditions from China, Japan, Korea, and other countries. The most thoroughly studied mechanism of stimulation of acupuncture points employs penetration of the skin by thin, solid, metallic needles, which are manipulated manually or by electrical stimulation.

WHAT CAN ACUPUNCTURE HELP WITH?

The National Institutes of Health (NIH) Consensus Development Program was established in 1977 and is designed to assess health technology. The program organizes major conferences that produce consensus statements and technology assessment statements on controversial issues in medicine important to health care providers, patients, and the general public. The following statement is from the NIH Consensus Development Statement on Acupuncture on November 3-5, 1997.

Acupuncture as a therapeutic intervention is widely practiced in the United States. There have been many studies of its potential usefulness. However, many of these studies provide equivocal results because of design, sample size, and other factors. The issue is further complicated by inherent difficulties in the use of appropriate controls, such as placebo and sham acupuncture groups.